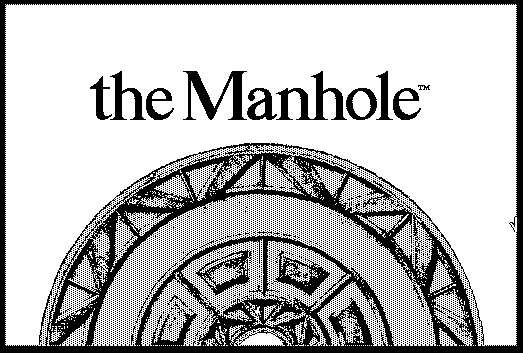 by
Rand and Robyn Miller

***USAGE NOTE: System sound is set at zero on boot, so before launching the game, open the Sound Control Panel via the Apple Menu and turn volume up!

Please be advised that updated versions of Spelunx, Cosmic Osmo, and The Manhole for modern operating systems are available to purchase at the Steam Store, so please consider doing so; http://store.steampowered.com/sub/65017/

"A magical, open-ended children's world, designed by the brothers who went on to create "Myst."

The Manhole is a notable computer game because like Cosmic Osmo and Spelunx it has no goal and no end; the object is simply to explore and have fun.

The podcast Ludiphilia did an audio documentary-style episode on how the Miller brothers made the world." from macintoshgarden.org

"Describing The Manhole as "the first children's software to require a hard disk", Macworld in March 1989 stated that its "realistic sounds, the fantasy-filled graphics, and the stack construction are truly impressive". The magazine "highly recommended [the game] for young children[, and] it's hard to imagine a playful soul of any age who wouldn't enjoy exploring the mind-tickling world inside The Manhole".[14]

The Manhole won a Software Publishing Association Excellence in Software Award in 1989 for Best New Use of a Computer." from Wikipedia